Section is used in modern journalism to refer to different departments of the newspaper, such as travel or sport. The nineteenth-century newspaper similarly had sections for elements such as letters to the editor, advertisements and reviews, with the term most commonly used for news from a specific location. The term section was also used to refer to specific areas of the page layout that had been broken up by an image as well as the division of one article into separate pieces that could be published in different issues. Section headings would be printed in the folio line and, in modern journalism, often have their own mastheads. With the exception of Trove, differentiated sections are generally zoned algorithmically and assigned a standardised article category rather than the section heading as printed in that instance.

Referring to a divided article

“Scott also sent his first ‘vision’ to Croker for publication in the Guardian, where it duly appeared–arbitrarily cut into two sections–on 19 December 1819 and 9 January.” [Garside, 508]

Referring to discrete departments of the newspaper 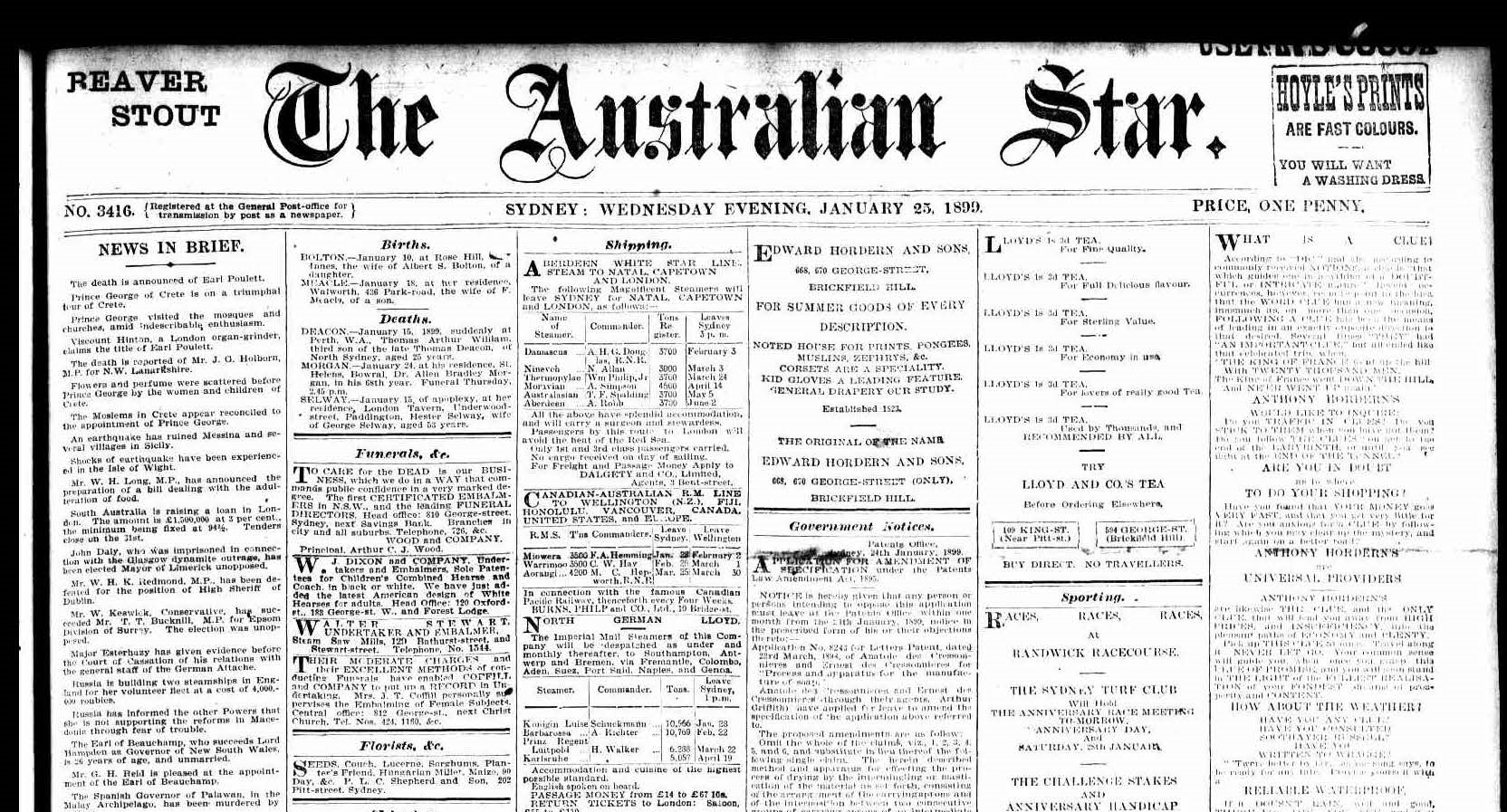 “For single-section newspapers, the pages or parts of pages only require a modest labelling in scale with the layout, a panel or reverse block, and preferably in the same place on every page.” [Evans, 52]

“The sectionalisation of British newspapers is best exemplified by the juggernaut that is The Sunday Times.” [Reeves and Keeble, 23]

“For unlike its unstamped predecessors, it did include a section of leaded editorials (generally placed 6B–C) that like most newspaper leaders commented directly on current politics.” [Jacobs, 624-25]

“In contrast to newspapers in other countries where opinions are expressed throughout the paper, in the United States, opinion is relegated to the editorial or ‘op-ed’ section of the newspaper.” [Encyclopedia of Journalism, Kimberley Meltzer, 3.1033]

“If we look at historical newspapers we can easily see that their main principle of structuring the content was to indicate from where the news were coming from and therefore to list the news according to their place of origin.” [Europeana Newspapers 2015, 15]

“Nineteenth-century publishers were more open about the conventions of publishing, reminding contributors of press times in their ‘Notices to Correspondents’ sections…” [Hobbs 2018, 113]

“The Manchester Guardian devoted large sections to ‘commercial intelligence’, detailed information on stocks and shares, commercial markets (e.g. Bank of England figures), shipping news, and market prices (both local, such as the Liverpool corn market, and more distant such as Birmingham cattle markets and the London Produce Market).” [Cronin, 580]