There are a wide range of different categories of article, broken down into subject matter and format. The use of fixed headings from issue to issue for topics such as provincial news, reviews, advertisements and notices means that these are the most commonly used categories in the databases. However, journalism and media history provide a much more detailed list of categories of journalism that owes much to nineteenth-century newspaper press directories, which first appeared in a sustained way in the UK in the 1840s. Mitchell’s Newspaper Press Directory, first published in 1846 (becoming an annual publication in 1856), eventually included an index of topics. Palmer’s Index to The Times, covering the period from 1790 to 1905, provided a systematic index of the topics in that newspaper in which articles can be located by broad subject headings, date of publication, or title keywords.

The Gale collections have used the standard section headings from The Times as a model for metadata categorisation of other papers because of its relatively clear structure. In Delpher, section headings are generated semi-automatically and checked by an operator. 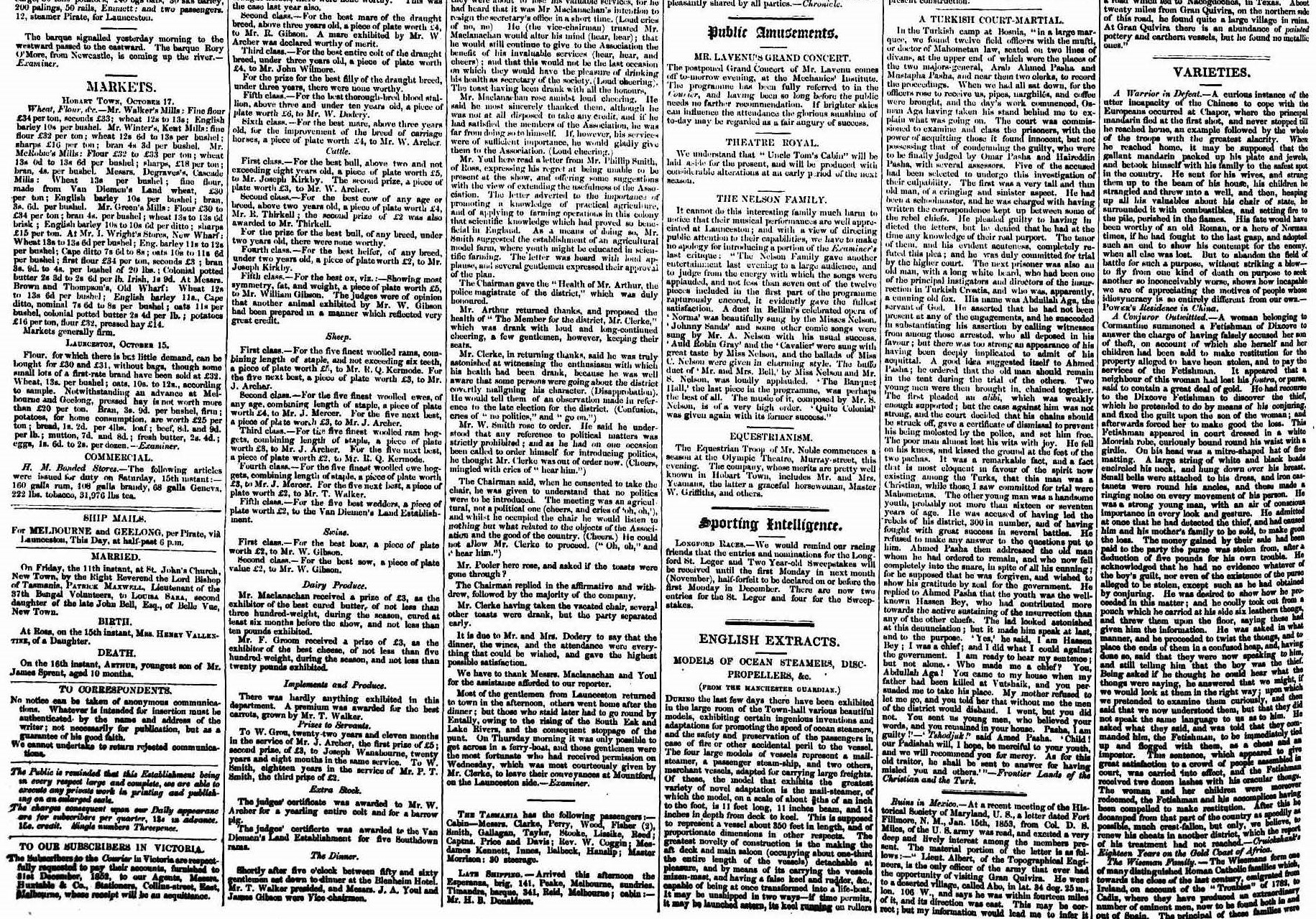 “On that day, the reader could find above the feuilleton, the ‘premier-Paris,’ an editorial column addressing the question of the Orient, as well as a collection of news stories about French foreign policies, readers’ letters, news copied from foreign sources, a series of local crime reports, miscellaneous news items, a mix of advertisements for shows and bookstores, a list of those appointed to public office, a summary of the stock market activity, a list of entertainments, and a series of other advertisements—all spread over four pages.” [Thérenty, 35]

“In a similar way as the five main classes of newspaper content, UIBK specifies text types or genres of news which appear in nearly every newspaper. Some typical examples are the ‘Editorial‘, a (subjective) statement of the publisher, the editor in chief with regard to a recent event or the political, economic or cultural situation in general. Another example are book reviews, which were first introduced in the early 19th century and are until today one of the classical articles in the ‘Feuilleton’ section of a newspaper. Other examples are Death notices, or Job and Real Estate offers.” [Europeana Newspapers, 28]