Although The Waterloo Directory offers a valuable index of names, it is striking that there has been, arguably, greater interest in identifying individual authorship in Victorian periodicals than in newspapers. This is evident in the scope of leading projects like The Wellesley Index, which identifies authors across forty-five Victorian periodicals, The Curran Index which builds extensively on Wellesley, and Jeremy Parrott’s discovery of an annotated set of Charles Dickens’s journal All the Year Round in 2015: 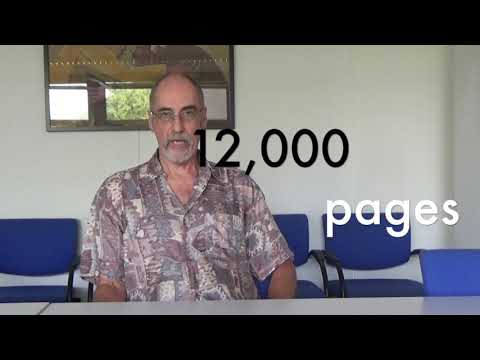 That there existed an annotated copy, presumably maintained during the run of the journal, demonstrates a key difference. While journals had an editorial tone just as newspapers did, the culture of scissors-and-paste journalism, the question of who owns – and who authors – the news, and the late development of professional journalist as profession, contribute to the difficulty of identifying authors of specific newspaper articles. As with journals, there was a culture of anonymity that was almost universal in the first half of the century and was still widespread until the twentieth century. Both newspapers and periodicals had a high rate of one-off or occasional contributors, whom it might be impossible to trace – they might never have given their real name, and might not figure much in contemporary records of any kind.

For many researchers, the most accurate way of ascertaining if one particular writer contributed a specific piece is to look at that writer’s letters and reprinted collections for reference to it. However, this approach relies on the researcher already having a good idea of who has written the piece, and knowledge of (and access to) the archival materials relating to that particular author. It also relies on 1. the writer wanting to preserve that piece of writing under their name, and 2. the writer remembering exactly which pieces they contributed, neither of which is always a given, in light of the vast output of such writers in the period, changing career trajectories that might lead to a writer distancing themselves from their early work, and so on. This is a particular kind of scholarship, and serves best those who are interested in major figures like Charles Dickens, or major journalists like W. T. Stead, Edmund Yates or George Augustus Sala. If these authors didn’t collect their own works, others certainly did, whether contemporaneously or later.

Stylometric analysis can also be used to identify features of language unique to specific writers, but editors, tasked with ensuring a consistent tone across the newspaper, muddy the waters. This has been shown by Parrott, whose discovery demonstrated that articles attributed to Dickens were written by his ‘young men’, the journalists who worked beneath him – and later complained about his overbearing editing practices (Sala complained that Dickens “very often surprised me by the alterations – always for the better – which he made, now in the title, and now in the matter, of my ‘copy’” [1.78]). And, although stylometric techniques continue to improve, there always a remains a lingering doubt about the result. Writers could imitate one another, whether to achieve the same popularity or to satirise.

In light of these issues, it is perhaps unsurprising that collections largely do not include metadata fields for authorship information. Where they do, this is the name on the newspaper itself, if there is one, and as such is more likely – again, particularly in the early part of the century – to be a pseudonym. These pseudonyms could be regularly used for columns of submitted letters on specific topics, so may not necessarily be one person. As such, creating collections based on authorship metadata fields is not always a helpful solution to this problem. For digitisers to gain a greater degree of accuracy in reporting authorship, they need to have resources like The Waterloo Directory at their fingertips, and further investigation is likely to be a time-intensive process with results that cannot be definitive.

So there are a few questions arising from this. Firstly, how useful is authorship information to the average user of digitised collections? For people seeking information about their local area or family history, the content is far more important than the writer. But to gain a better understanding of press history, we need both. Secondly, is there a way to improve authorship metadata in an efficient, useful, and practically-implementable way, or will it always be a later-stage project of recovery?

With thanks to Andrew Hobbs and Catherine Waters, this post has been updated with some further suggestions for identifying contributions: