The size of newspapers varied quite dramatically in the nineteenth century, with technological advancements and the repeal of the paper tax making paper cheaper to produce. Some newspapers were published as one large, folded sheet, and major national and regional broadsheets were of a comparable size. Illustrated newspapers are more varied in terms of size, but were typically smaller than broadsheets. Newspapers in the nineteenth century made the best use they could of the available print space, having much smaller margins than other kinds of publication. This was to make the most of paper when paper was expensive; in the UK this was before the abolition of the paper tax in 1861 and improvements in technology made it cheaper, and to make the most of advertising space afterwards. When (rarely) discussed in academic literature, the margins are a point of interest when they grow larger, representing a shift to a more ‘respectable’ format or audience. 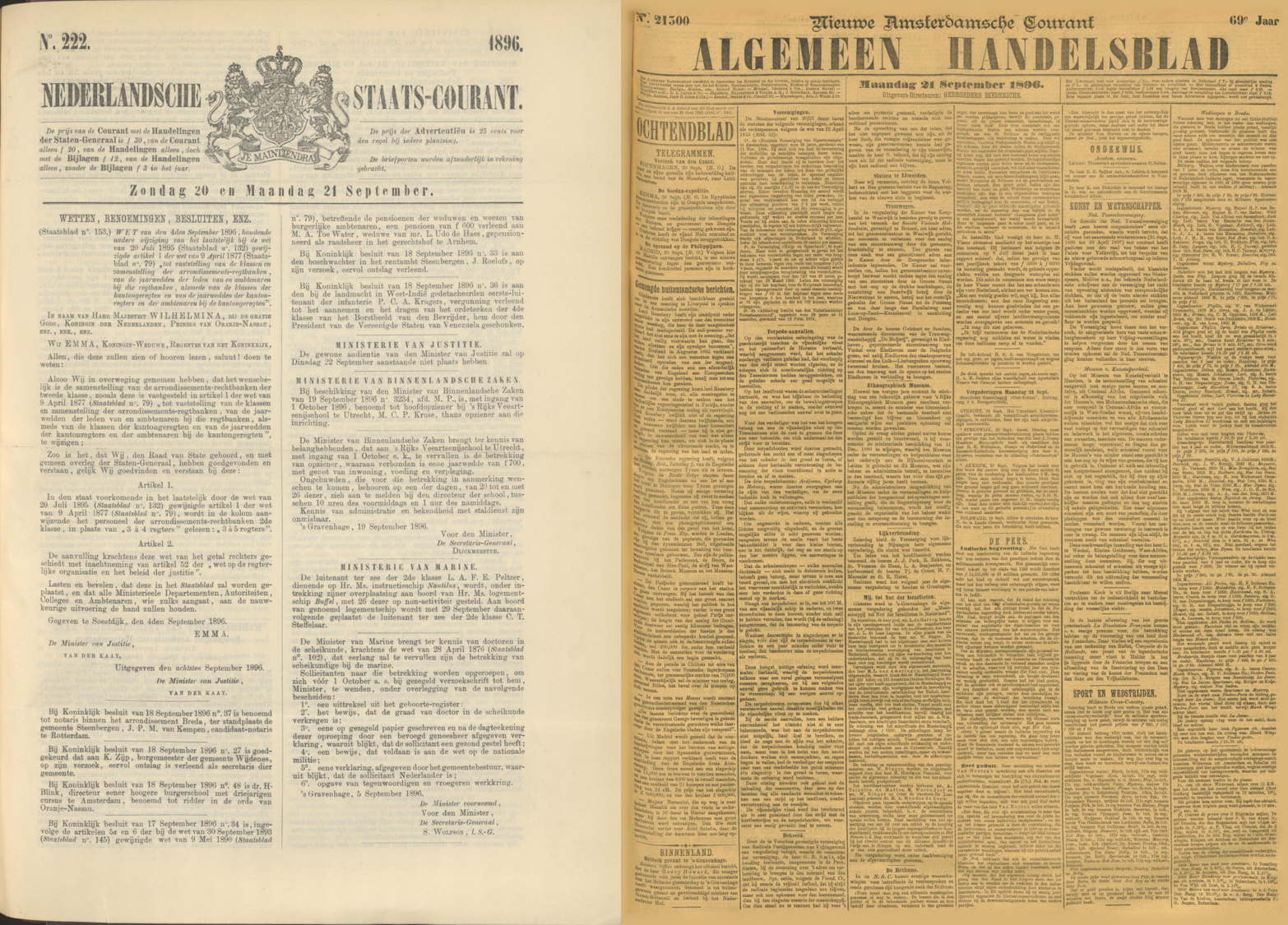 Comparison of two Dutch newspapers from 21 September 1896, the Nederlandsche Staats-Courant and the Algemeen Handelsbad. Delpher.

“During that time period, at least, the paper was published in eight-page editions, with each page containing four columns.” [Simons, 389]

“The differences between these editions and the original tri-weekly sheets are not limited to the differences of appearance.” [Bateson, 155]

“With their generous margins, clear type and good quality paper the bound volumes of the quarterlies resembled books rather than periodical publications.” [DNCJ JS, 523]

“The overall effect was that the new review’s pages, which were slightly larger, with a taller bottom margin, and a line shorter than the old quarterly pages, appeared lighter, brighter and more leaded.” [Shattock 2017a, 58]